How Berkeley Made the Old Testament New

Liberating a new translator of the Hebrew Bible, by Robert Alter.

Liberating a new translator of the Hebrew Bible

Until I arrived in Berkeley in 1967, I had spent my whole life in the Northeast, apart from one student year abroad. I grew up in Albany, New York, got a BA in English at Columbia University in the era of Lionel Trilling (and just at the end of the era of Mark Van Doren), completed graduate studies in comparative literature at Harvard, and then returned to Columbia to teach in the English department. At that early moment of my professional life, I imagined becoming part of the next generation of New York intellectuals. But then, as cultural conditions changed, the next generation never really emerged. When Berkeley made me an offer I couldn’t refuse—promotion to tenure and a 50 percent increase in salary—I had never been west of Chicago. 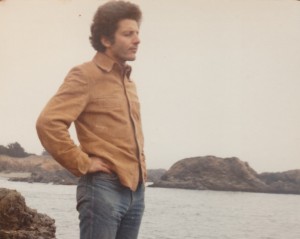 As I was driving across the country for the first time, I felt a foolish twinge of apprehension that I was heading into exile. Instead, the chains fell off. The intellectually invigorating atmosphere I found in Berkeley was a complete surprise to me. The Ivy League institutions where I was trained and where I had worked were manifestly hierarchical, and they tended to cultivate a certain sense of being “the navel of the world,” as the early rabbis called Jerusalem. At Columbia, I was made to feel subaltern—I shared an office with five other junior faculty—and was expected to fit into the particular academic pigeonhole they had created for me: the eighteenth century and the English novel. (I had written a dissertation on the picaresque novel.) In my spare time, I had begun to publish critical essays on modern Hebrew literature, and this is what attracted the attention of people at Berkeley, where a newly formed Department of Comparative Literature was looking for a comparatist with a literate competence in Hebrew. I am fairly sure that my senior colleagues in English at Columbia looked askance at my writing on Hebrew topics. It was, after all, not what they had hired me to do.

Against this background, Berkeley was a revelation. Almost overnight, I realized that I was no longer subordinate, that I had been brought to the institution because there were distinctive things I had the capacity to teach and to write about that were highly valued. I also quickly came to sense a freedom of interchange between junior and senior faculty, and between students and faculty as well, that was quite different from the rigid structure I’d found on the East Coast. Having a home, moreover, in comparative literature rather than in English meant experiencing a new freedom to explore a variety of areas in the broad field of literary studies. This perfectly suited my own intellectual restlessness. All of a sudden, I could teach what I wanted and write about what I wanted.

During my first years in Berkeley, I offered an undergraduate lecture course on contemporary fiction in which I comfortably inserted the Hebrew novelist S.Y. Agnon alongside Nabokov, the Yiddish writer Isaac Bashevis Singer alongside Saul Bellow and Alain Robbe-Grillet. On the graduate level, I began giving seminars on modern Hebrew literature, conducted in Hebrew, for a very small cohort. As word spread, however, that one could do serious work in modern Hebrew at Berkeley, students began to arrive from across the country and from Israel. Berkeley has had a major program in Hebrew literature ever since.

It is now clear to me that had I not come to California, I never would have written books on biblical narrative and biblical poetry and never would have become a translator of the Hebrew Bible. This whole turn in my career began through a happy accident, enabled by the academic openness of Berkeley.

In the mid-1970s, I became interested in biblical narrative, having had a good grounding in biblical Hebrew as well as in the modern language. Berkeley graduate seminars on the Bible in those years were exclusively devoted to the Book of Leviticus because the scholar who was then professor of the Hebrew Bible was engaged in what would prove to be a three-thousand-page commentary on Leviticus. He would allow nothing to deflect him from his sacerdotal subject.

My students of modern Hebrew literature complained, and so I devised for them a new course—conceivably, the first of its kind anywhere—on the poetics of biblical narrative. I had a relatively large group, about ten students, many of them quite gifted and with serious literary interests, and together we soon developed an excited sense that, even though this was the Bible, we were exploring new territory. My own work for the seminar and beyond it led me in the next few years to produce The Art of Biblical Narrative in 1981 and to launch a kind of second scholarly career that complemented the one I continued to pursue in writing about the European and American novel.

A dozen years later, again in a wholly unanticipated way, the study of biblical narrative and biblical poetry induced me to begin an experiment in translating the Bible. Since adolescence I had always read the Bible in Hebrew and had been deeply moved by the compact power of its poetry and by the subtlety, elegant precision, and evocative rhythms of its narrative prose. When an editor at W.W. Norton proposed that I might do a Norton Critical Edition of a book of the Bible, I responded, perhaps imprudently, that one could make a fine Norton Critical Edition of Genesis, but that because there was something wrong with all the existing English versions. I would have to do my own translation. After some discussion, we agreed that I would write a new English translation of Genesis instead of the critical edition. But, as I got into the project, I also found that I was producing a commentary.

I have to confess that I harbored suspicions from the beginning that what I wanted to do might be hopelessly quixotic. Given the large structural and semantic differences between ancient Hebrew and modern English, I feared that the attempt to emulate the stylistic features of the original in translation would result in an English version everyone would hate, including me. No translation of a great work is more than an approximation of the translator’s dream, but it turned out that what I had done was a far better approximation than I had thought it could be. My Genesis was widely acclaimed, rather to my surprise, and so I was strongly motivated to do more Bible translation. With several volumes in print and a good deal more in draft, I now hope to complete the Hebrew Bible within the next three years.

Is there anything “Californian” about this project, beyond the openness of the Berkeley intellectual atmosphere? I suspect there may be a certain experience of newness here that encourages a willingness to swerve from the models of the established cultural world. When I began my translation, I found myself unhesitant about discarding the syntactic practices of modern translators of the Bible and embracing the Bible’s parataxis, its love of repetition, emulating in English the rhythms of the Hebrew prose and poetry, even attempting to reproduce where feasible the pointed and ingenious wordplay and sound-play of the Hebrew. All this amounted to starting the enterprise of Bible translation more or less from scratch, with at most an intermittent gesture to the King James version.

Had I remained in New York, I would never have ended up doing this work at all. But if one supposes, counterfactually, that I would have nevertheless done so, I wonder whether a translation carried out in the intellectual climate of the Northeast would have been quite the same. My suspicion, of course indemonstrable, is that it would have been at least a little different, that I would have felt more beholden to the examples of Bible translation done in geographical proximity—most of the modern American translators having been trained in biblical studies at Harvard, Yale, Johns Hopkins, the University of Pennsylvania, and just a few other institutions.

Such thoughts about California’s contribution to my translation of the Bible are necessarily speculative. Yet I think there is a quality of freshness, a readiness to try new things in the intellectual climate on this side of the country that have led to bold innovation in painting, music, film, literature, science, and other areas of creative endeavor. I like to imagine that my own enterprise has at least some connection with this atmosphere of innovation.

Isaiah by Salvatore Revelli on the base of the Colonna dell’Immacolata, Rome Italy

Comfort, O comfort My people, says your God. / Speak to the heart of Jerusalem and call out to her, for her term of service is ended, her crime is expiated, for she has taken from the Lord’s hand double for all her offenses. / A voice calls out in the wilderness: Clear a way for the Lord’s road, level in the desert a highway for our God! / Every valley shall be lifted high and every mountain brought low, and the crooked shall be straight, and the ridges become a valley. / And the Lord’s glory shall be revealed, and all flesh together see that the Lord’s mouth has spoken.

On a high mountain go up, O herald of Zion. Raise your voice mightily, raise it, do not fear. Say to the towns of Judah: here is your God. / Look, the Master Lord shall come in power, His arm commanding for Him. Look, His reward is with Him, His wages before Him. / Like a shepherd He minds His flock with His arm He gathers lambs, and in his lap He bears them, leads the ewes.